A bit sooner than expected (nothing before has gone to plan!), I've finally completed the wings.  I do still have the flaperons to do but nevertheless it does feel like a milestone has been reached.

The outstanding items were the right wingtip structure and then completing the nav light fairings and wiring on both wings. 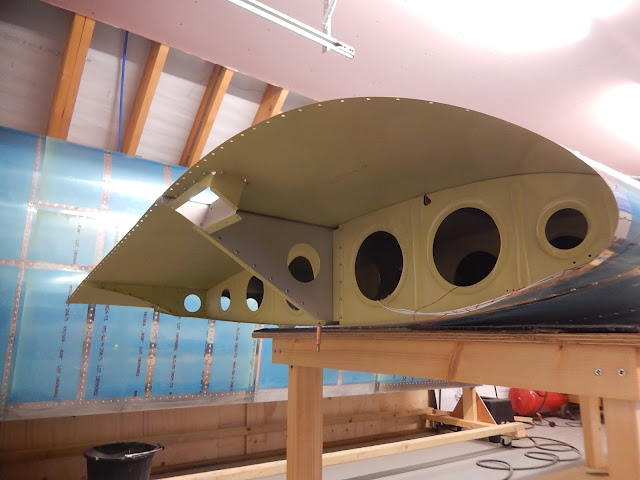 I started off with the upper and lower tip skins and the hand-hold frame - very straightforward. 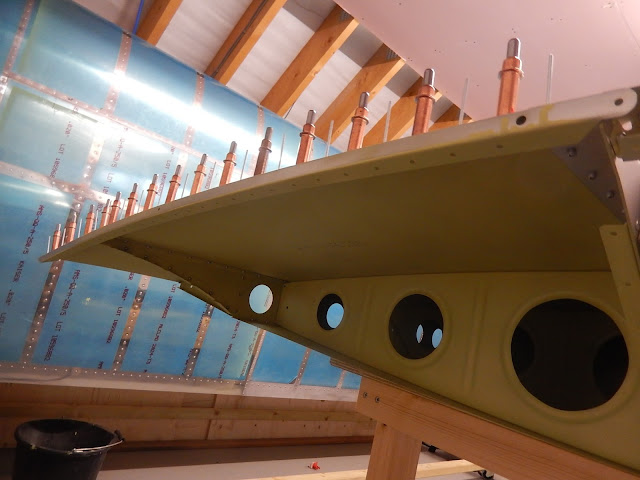 Next is the aft end rib.  It's a pre-formed U-section and simple to install. 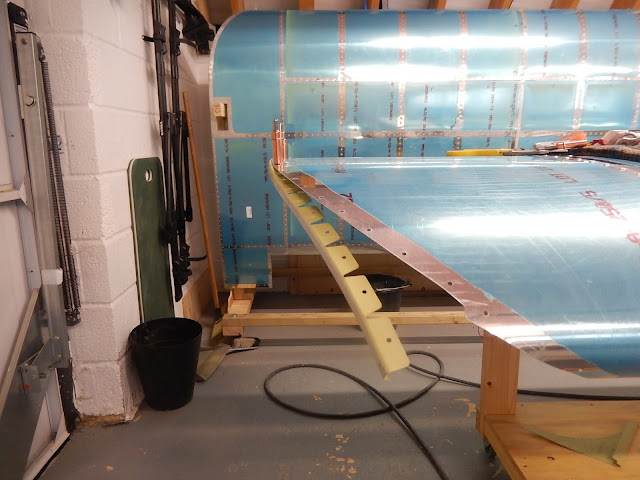 The forward tip rib it much more awkward.  It has complex curves and a twist and needs fluting on the top and bottom edges to make it follow the correct profile. 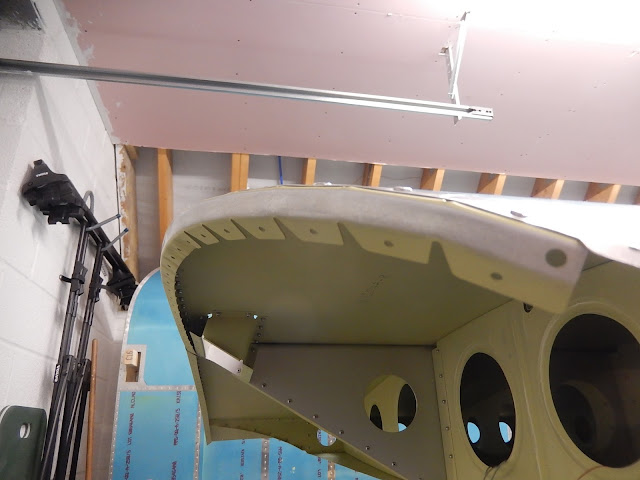 This is the finally formed forward tip rib installed.    In reality the fit looks like a smoother curve than in the photo. 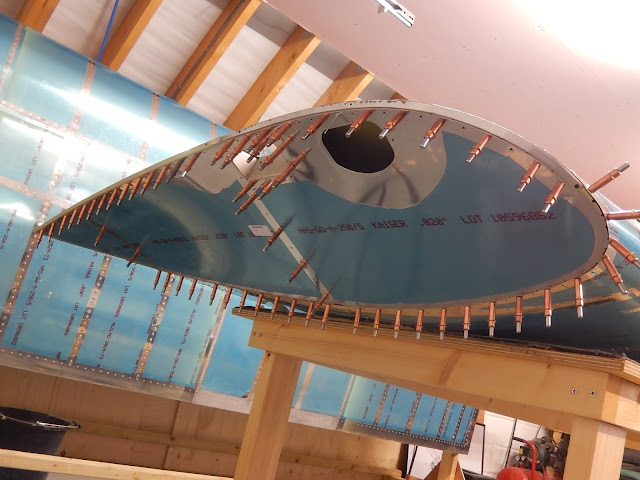 Now the bottom skin goes on.  Loads of small tabs along the bottom inboard edge have to be bent at different angles from 18 to 136 degrees.  In the end it worked out better than the left wing.  I cut the nav light access hole whilst the skin was still on the bench. 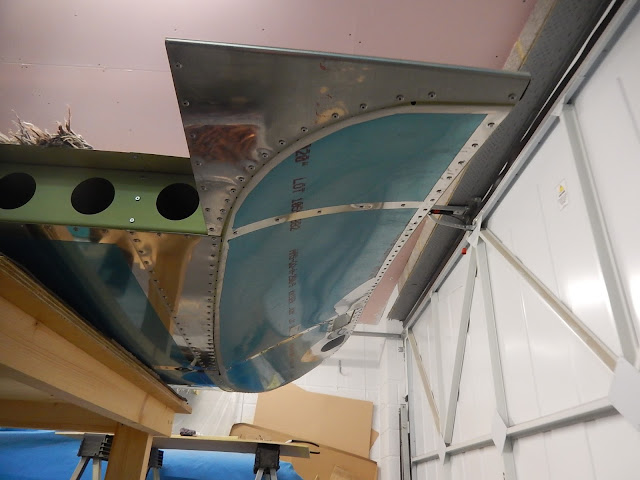 A view of the completed wing-tip from the trailing edge looking forwards. 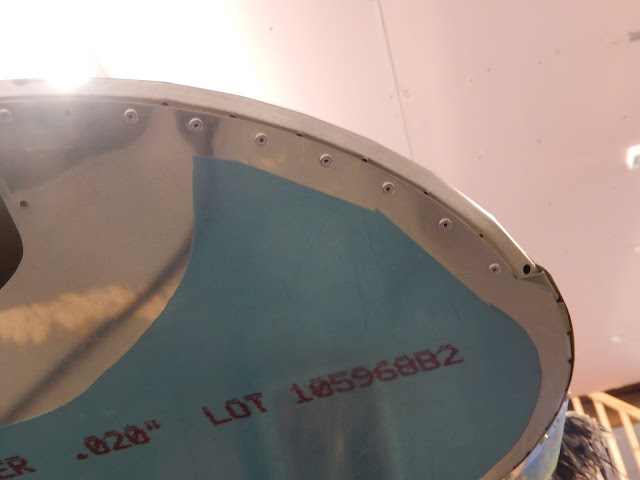 A bit of the design that I don't really like.  There is a step in the leading edge profile where tip rib and skins don't really line up.  It is in accordance with the plans but nonetheless I'm going to smooth this section out with some epoxy/flox mix when I deal with the nav light fairings. 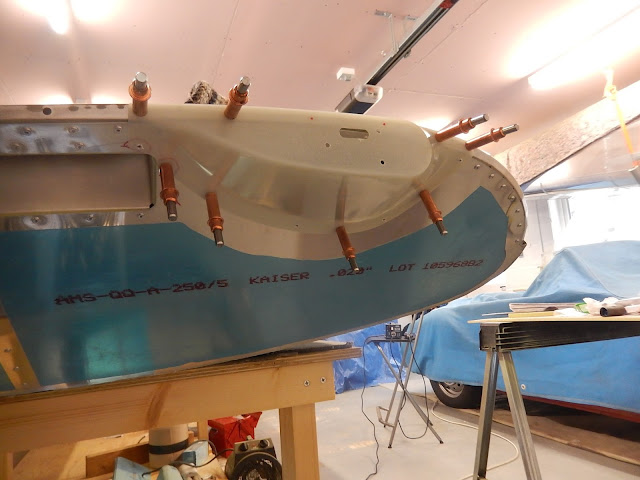 This is the trimmed nav light fairing secured for match-drilling.  I failed to record any of this for the left wing! 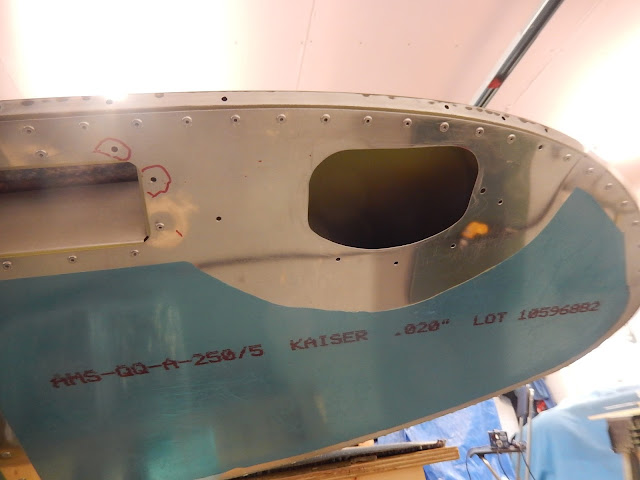 Another view of the cut-out to get access to the nav light wiring and the holes all drilled for the fairing attachment.  The two holes marked in red were meant to be left vacant when riveting the skin.  I still managed to put a rivet in one and had to drill it out again! I'll prime this area before fitting the fairing. 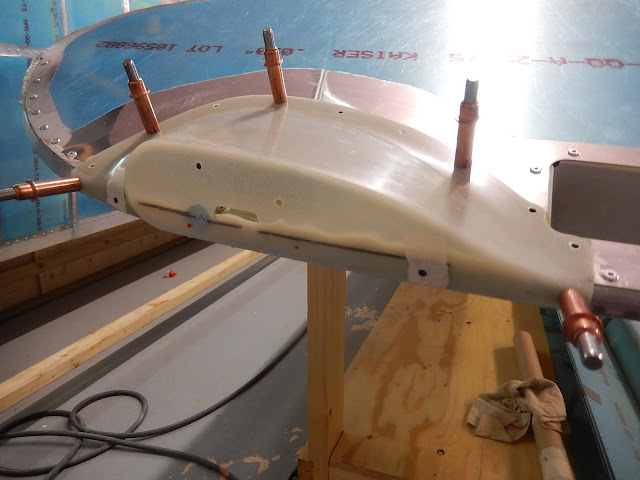 Here the wing has been up-turned and the fairing temporarily attached with epoxy/flox mix inside, below the black line to ensure a snug fit the the outboard tip rib.  Flox is fine shredded cotton fibres that are mixed into an epoxy resin to make it stiff so it will act as a filler without running out.  The wing tip has car wax on it to act as a release agent so I can get the fairing off again.  You can see a blob of blutack through the fairing - this is to keep this area clear for a nut which secures the nav light assembly. 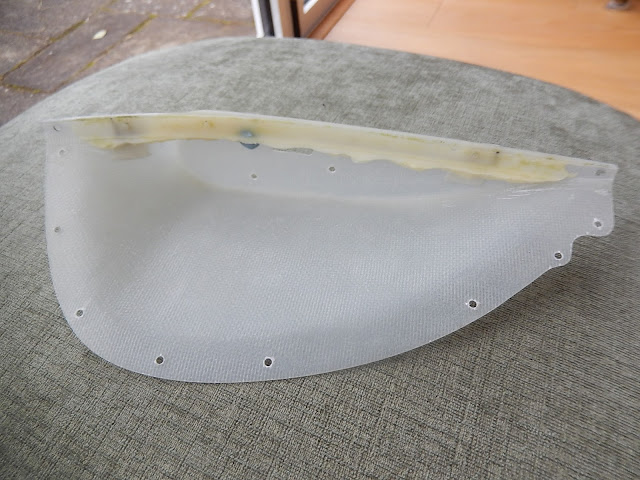 Inside the fairing once the epoxy/flox mix has set.  I sanded the excess epoxy off using a rotary sander to save some weight! 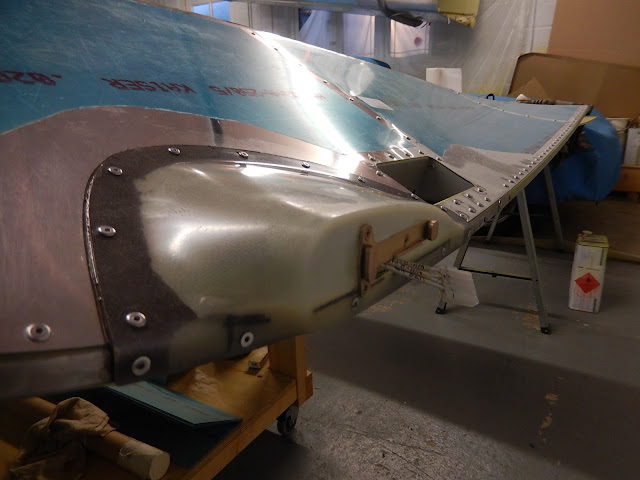 Finally, the fairing is installed and riveted.  The dark edge is the PRC between the fairing and skin (Fuel tank sealant as called out in the plans).  I really dislike PRC - it stinks, gets everywhere and is difficult to remove!  I'd previously left this stage on the left wing until I could mix one batch of sealant for both wings.   On the outside of the fairing is the mounting bracket for the nav/strobe light and the completed wiring disconnect. 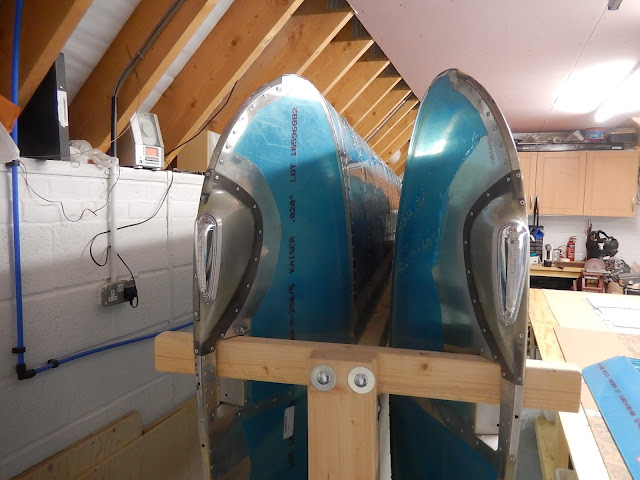 Two completed wings on the stand and with the nav/strobe lights installed.  You might be able to see by the uppermost rivet where I blended-in the step in the leading edge.  Time to move onto something else after 10 months of just wings! 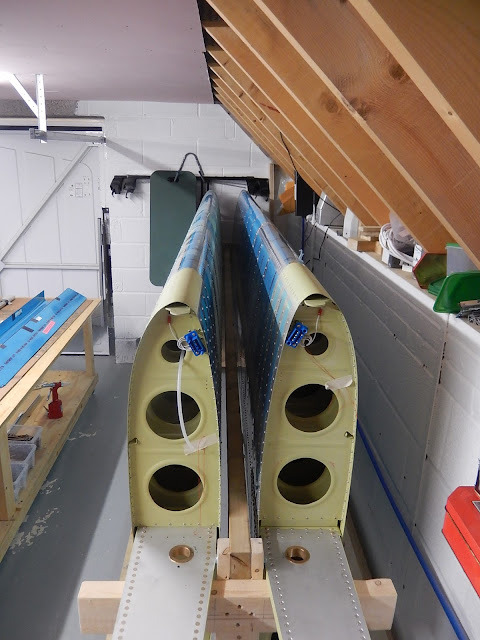 A view of the completed wings from the inboard (root) end showing the electrical connectors.  The pipe sticking out of the left wing is for the angle of attack (AOA) sensor. 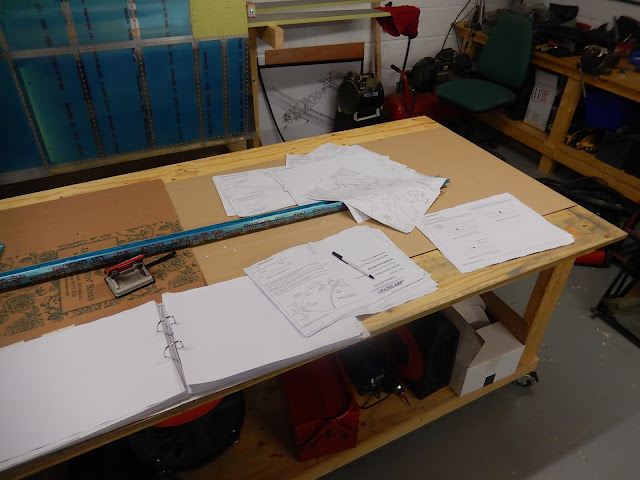 Before moving on with more building, I needed to update the plans.  Loads of revisions have been issued, although fortunately none affecting anything I've done so far.    I will need to buy some improved parts to replace existing but unused bits for the fuselage.  Hopefully not too much expense but best to start with the aircraft having the most recent build standard and product improvements when it first flies. 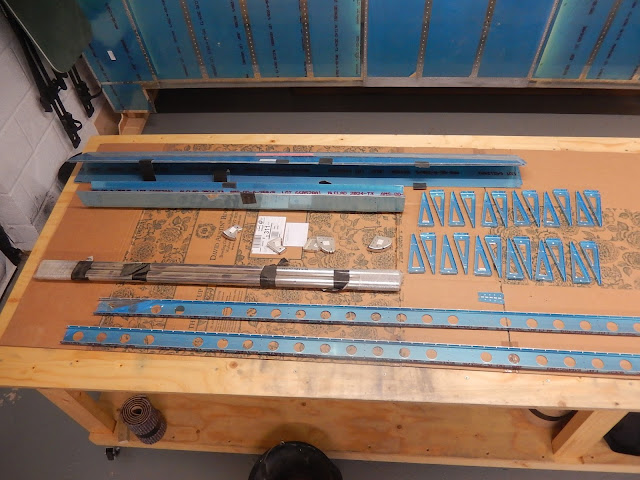 Here's the next step - parts for the two flaperons.  Whilst these are in build, I have an inspection scheduled for the completed wings.  Hopefully nothing shows up that I've got wrong!