A short update - no major changes visible just yet.

I decided to make some trestles as they're needed for future maintenance and also when I join the fuselage and tail-cone in a few weeks.  I'm short of bench space with the fuselage on it so now seems an opportune time.  Vans provide some height and width recommendations so I've followed their instructions. 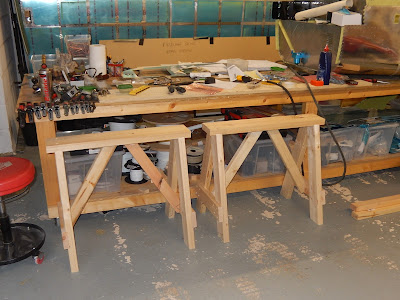 Here are the completed trestles - just waiting for two layers of carpet to be added on top as padding to protect the fuselage. 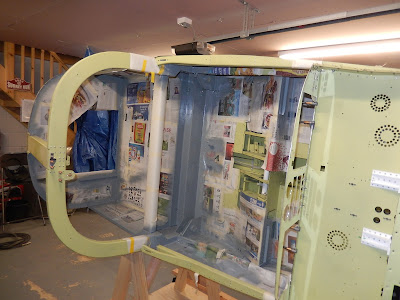 I've masked off large areas as I'm only painting the areas that will be visible when the interior is fitted.   I still have to paint the roll bar and cockpit side rails where the canopy fits but am leaving that for a while as it'll get marked during the build. 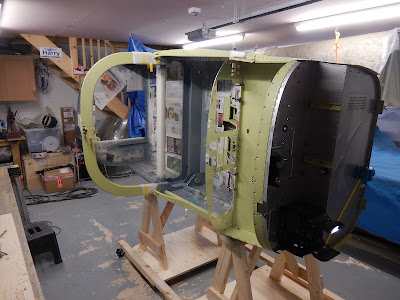 Another view of the painted interior.  The fuselage is very stable so no worries about it falling off the trestles!

Next stage is to start wiring!   As mentioned in the previous post, I'm deviating from the plans and doing my own thing with point-to point wiring and not using the Vans-supplied junction box or fuse/switch panel.  I have stripped the Vans fuselage and options harnesses to use the coloured wiring where possible - at least this way the wire functions will still correspond to the factory drawings.  I will eventually produce an accurate wiring diagram but for now am using a combination of Vans and Garmin drawings and my own ideas. 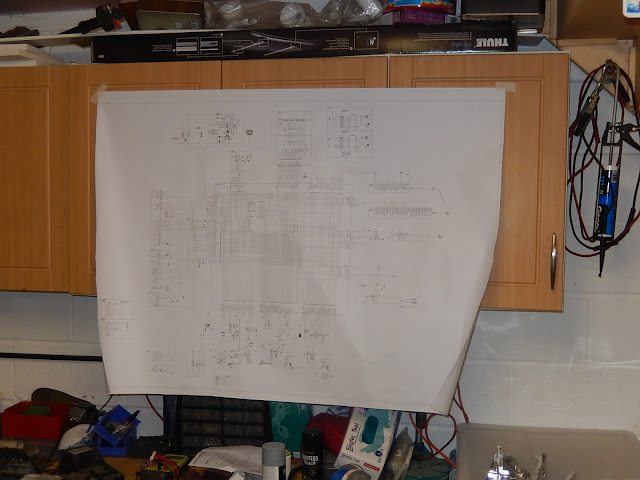 This is the Vans complete drawing for a G3X-equipped RV12.  I had it printed full size (A0) by a local print shop but it's still not really large enough to use even with a magnifying glass!.  I still need to use the laptop so I can zoom in the read wire colours or plug numbers. The big bit in the centre is the junction box that I'm discarding. 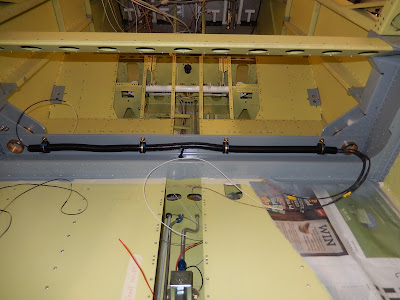 So underway.  Here is the conduit on the back of the spar box and some of the wiring is starting to go in including power to the fuel pump. 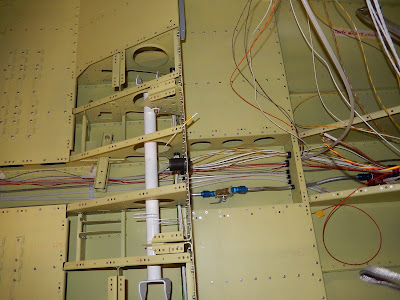 Looking down on the centre tunnel between the seats with most of the cockpit electrical wiring (lights, spar switches, canopy latch, fuel pump etc) in place although not tidied or clipped.  Also in there are pitot and static pipes and antenna cables.  I still have to add avionic wiring for the G3X EFIS and autopilot.  It's going to get extremely tight to get all of the required wires through the bulkhead bushes! 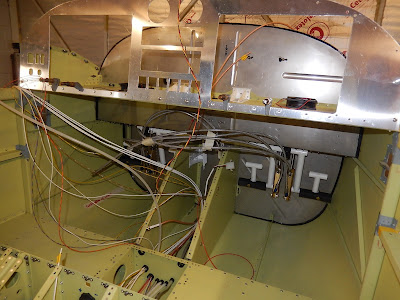 Spaghetti starting to build up.  I will start by completing the pre-terminated lighting wires at the wing break plugs and then work inwards clipping as I go so I don't cut any of the Vans cables too short.  However, by doing this it's essential to make sure all required wires are in place first. I'm adding a few extras such as power for ANR headsets (and additional BOSE connectors) plus audio to a remote GoPro camera so it will record the intercom and radio as well as the image. 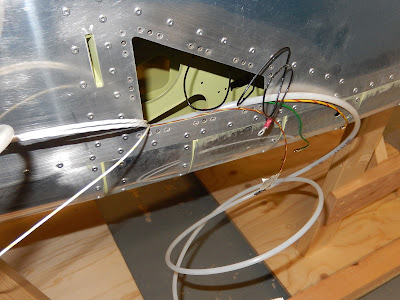 Here is the left wing-root waiting for the wiring to be terminated and the plug mounted.  I'm adding the optional AOA sensor so there's an additional pipe to connect to the wing as well. 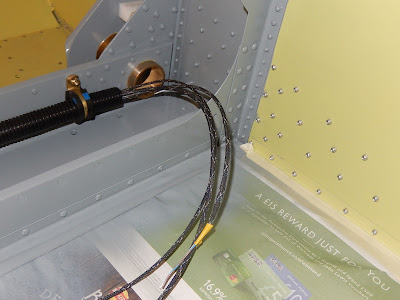 As avionics has always been my day job, I'm using standard wiring techniques including sleeving on exposed wiring to prevent chafing.  It also tidies things up and makes it look better!

More of the same next time plus hopefully some of the flying controls.