Vertical stabiliser and other bits

I managed to complete construction of the paint shop over the previous weekend and set about painting the vertical stabiliser parts. This was done with standard green aircraft zinc-chromate rattle cans.  it quickly became apparent that this was neither efficient or easy, as the nozzles are useless and you don't get much paint in a can! 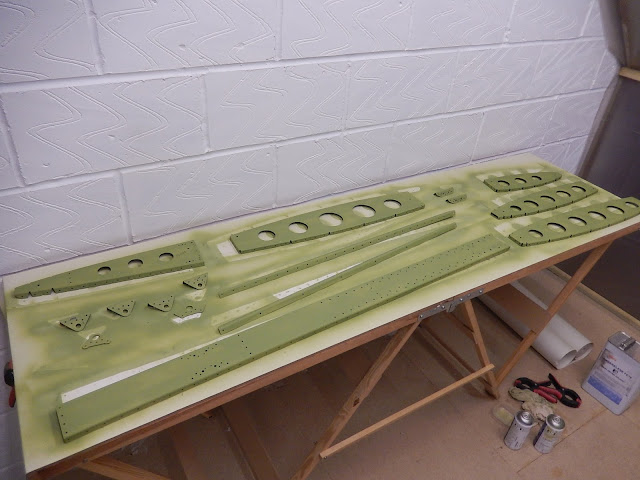 So the next stop was down to a local automotive paint suppliers for advice - what can I safely spray at home?   The answer was 1K acid-etch primer which comes ready mixed and you don't need forced-air breathing kit - a special disposable mask is OK along with goggles.  So suitably equipped, and using the compressor bought from Ebay and a small touch-up gun from Tool Station, I proceeded to prime all of the rudder and anti-servo-tab parts including the skins..  However, as you can see, they're grey!  What matters most is that the primer sticks well and doesn't easily scratch off. 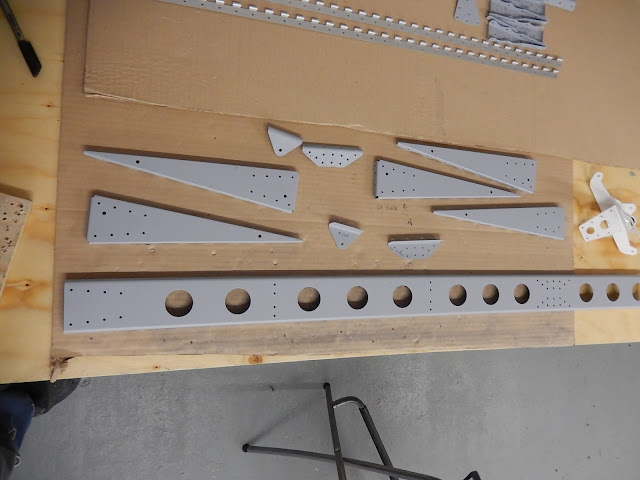 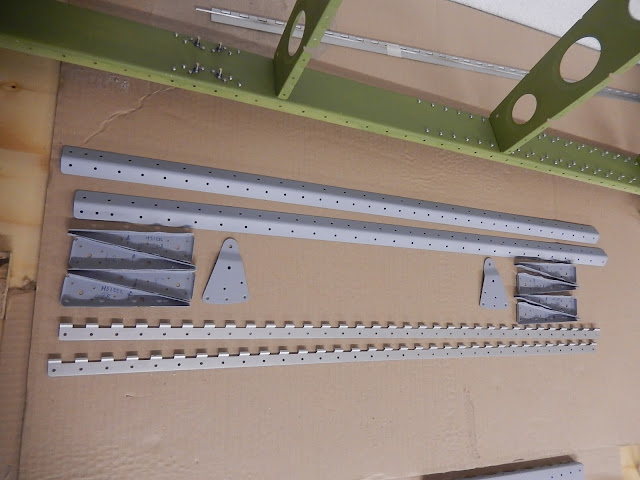 The next step was to finally start assembling some of the painted parts and hopefully see something that resembles an aircraft structure.  I started with the vertical stabiliser hinges and then the main skeleton in accordance with Van's directions. 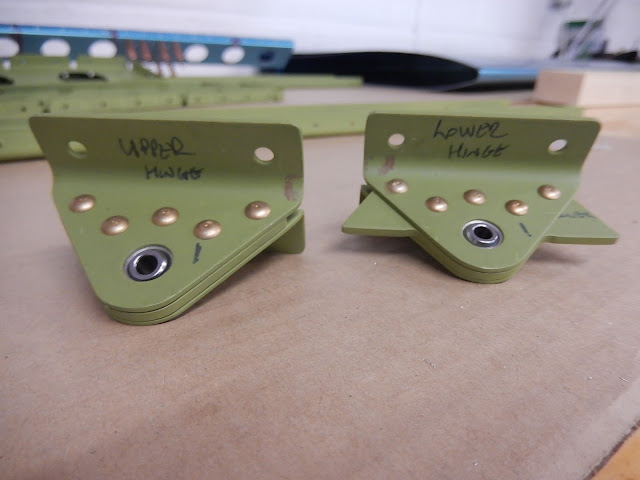 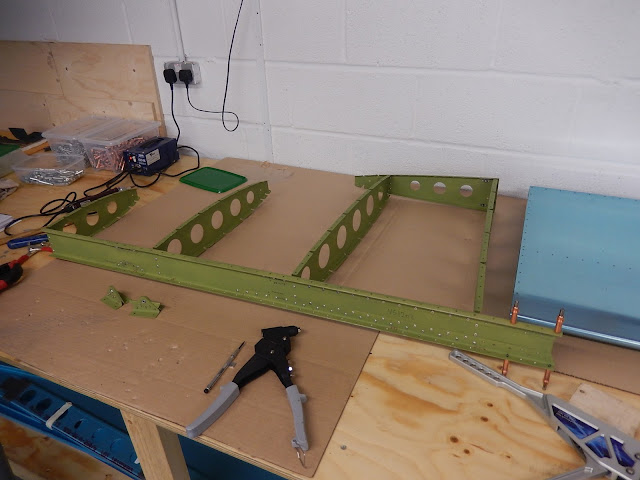 Next job was to trial-fit the vertical stabiliser skin, and voila - something that resembles a finished part! You have to admire the quality of the kit in that all of the pre-punched holes in every part line up just perfectly.

Once the skeleton has been inspected by Jerry (with the skin off again), I can rivet the skin on permanently.  You can also see in the picture that the upper hinge is now fitted and the lower is tied on ready for the next stage. 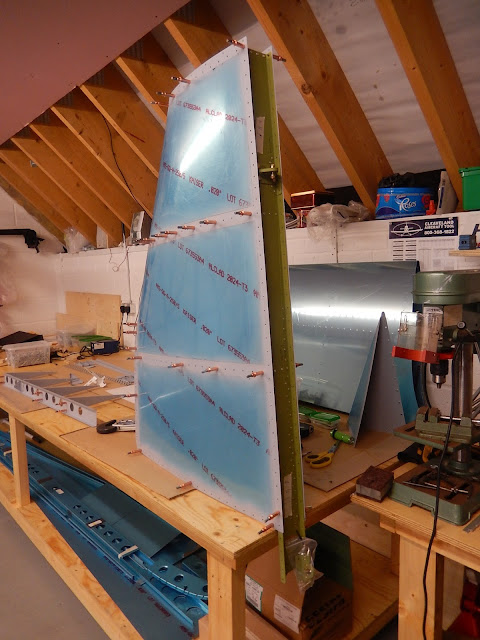 Another job this week prior to fitting the VS skin was to rivet all of the anchor nuts that secure the forward fairing - fiddly work particularly close to the leading edge, and awkward to do on your own, so a good use for cleco g-clamps. 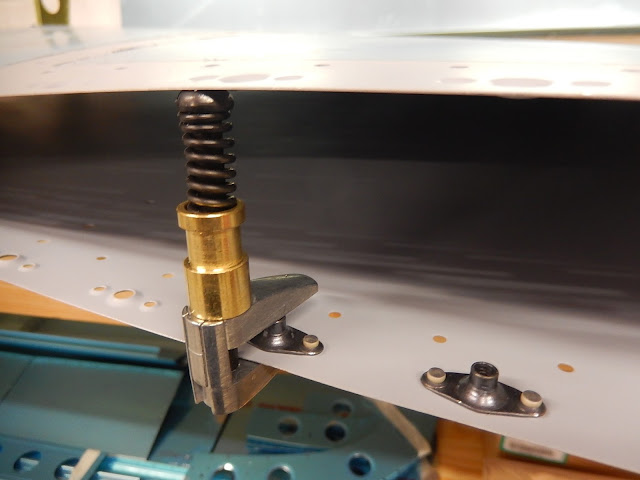 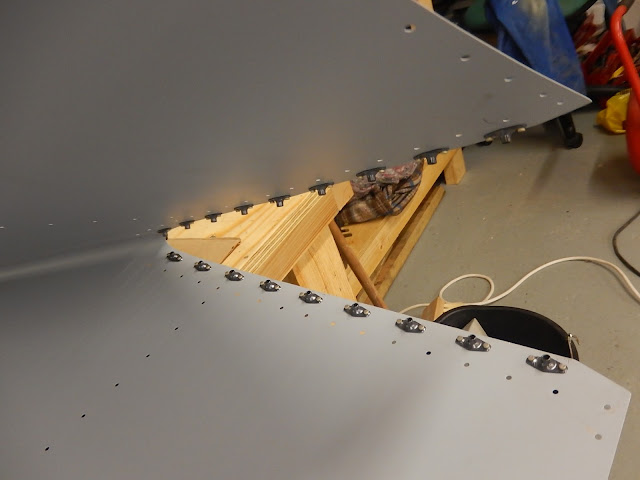 Final job this week was to start assembly of the rudder skeleton.  I only manage to complete the top hinge and rib installation but the rest is cleco'd together,so not much more to do before it can be skinned. 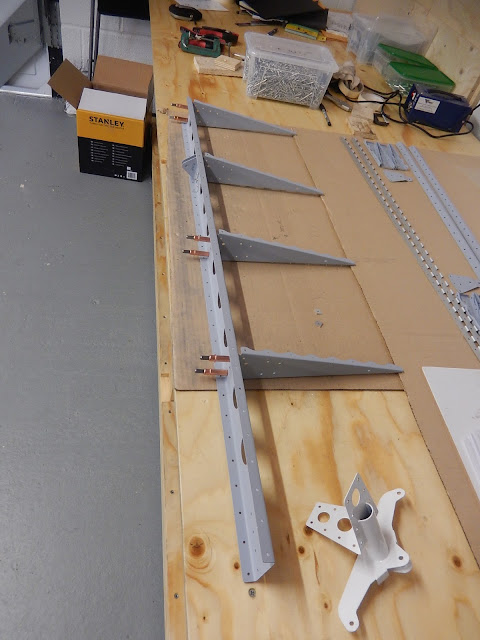 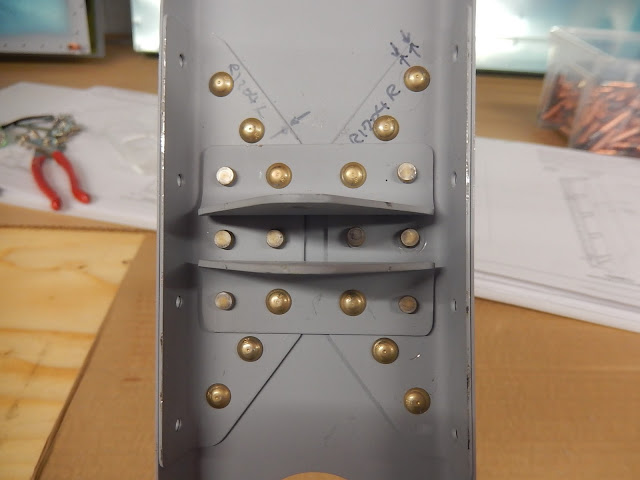 Upper hinge on the rudder spar - not all rivets face the same direction!

I have a busy time with paying work this week (I have the fund the RV somehow!) and have a weeks holiday coming, so little will now happen for a fortnight.  After that I should make rapid progress to complete the tail section.