Some  good progress this week.

First job was to complete the Nav antenna installation in the fin cap.  When I finally get to avionics in about 18 months (maybe that's a bit hopeful!), I intend to have a Garmin GNC255 Nav/Com so that I can have a VOR/ILS capability in addition to GPS - just nice to have a back-up for when GPS goes down as I've experienced several times in the PA28.
I don't know yet whether the displays will be Garmin G3X Touch or Dynon Skyview. 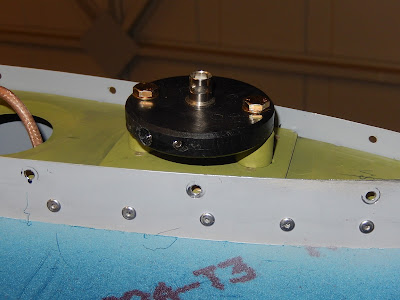 Next job - complete the fibreglass work for the fin-cap and rudder. 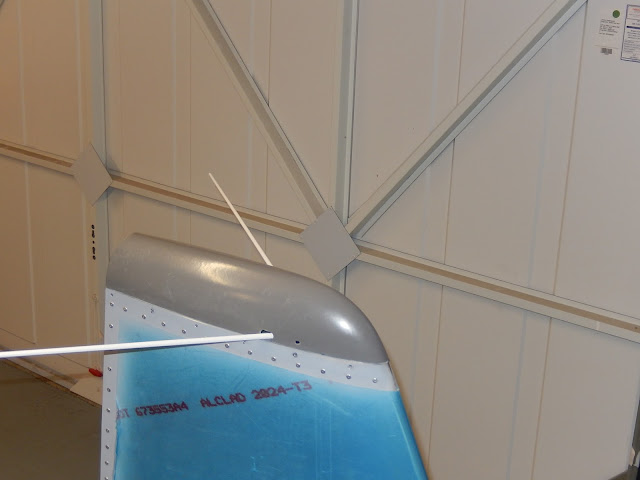 The fin cap now has anchor nuts instead of being riveted so it can be easily removed for access to the antenna.  The two antenna rods screw into the antenna base once the cap is installed, and grub screws accessible through the small forward holes are used to lock the rods in place.  Hopefully I can find some discrete plastic plugs to blank the grub-screw holes to keep moisture and inspects out!

The horizontal stabiliser spar box parts were painted (the first items using the two-pack epoxy primer with all of the forced-air breathing hassle) and fully assembled. 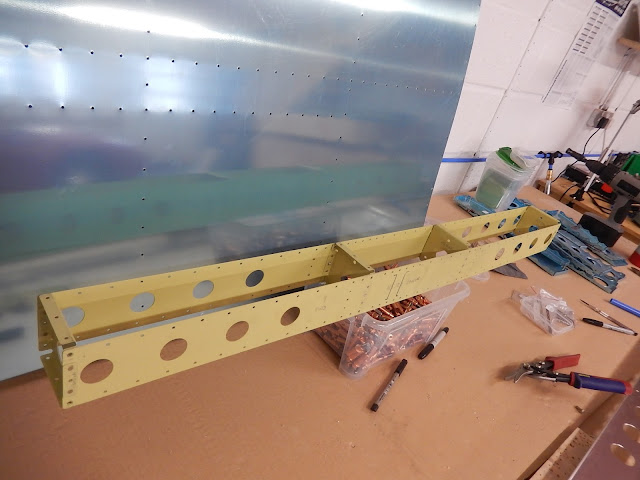 The assembled upper and lower spar caps (the lower is the new one I've had to re-make).

The front and rear spars sections were then fitted with anchor nuts for the hinges and control horns.  The mass-balance arm mounts (the white un-equal hexagonal parts in the pictures below) were installed and then the sections were riveted to the spar box. 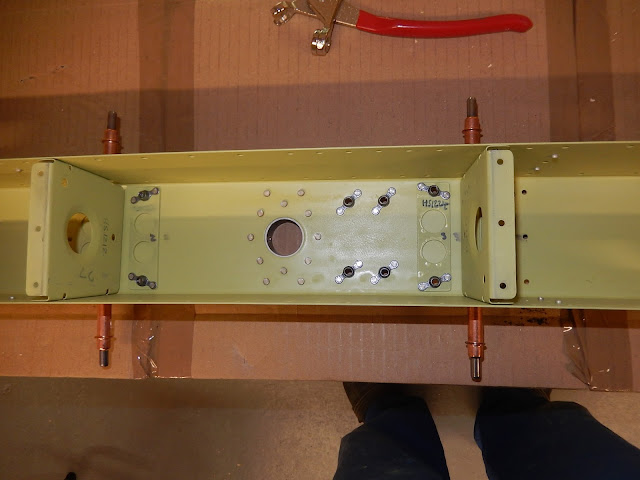 The spar assembly then had the spar brackets and forward and rear ribs attached.  I did have to de-rivet one end-rib and re-do it as a small tab folded ended up on the wrong side of the spar. 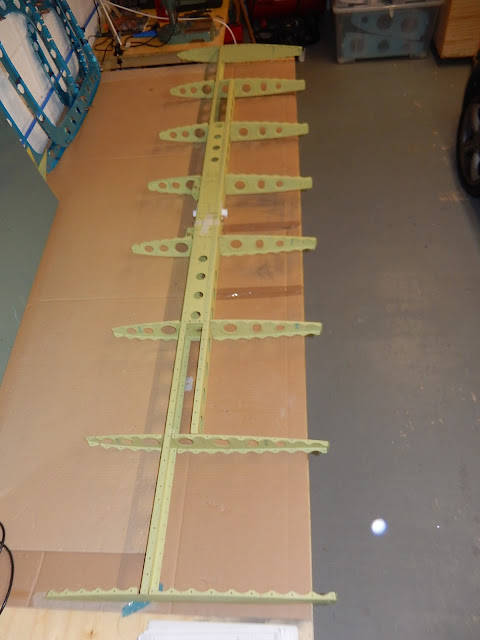 Last job before the skins can be installed was to install the hinge brackets.   The spacers bolted between each side of the hinges have to be cut from a length of tube, and getting them precisely the right length and with square ends so they don't distort the hinge brackets was a bit of a challenge.  I found the best way was to finish the ends on a bench sander fitted with a right-angle guide - something that came in my Gumtree tool bonanza!
The black lines on top and the 4 loose bolts are where the control horns will be fitted later. 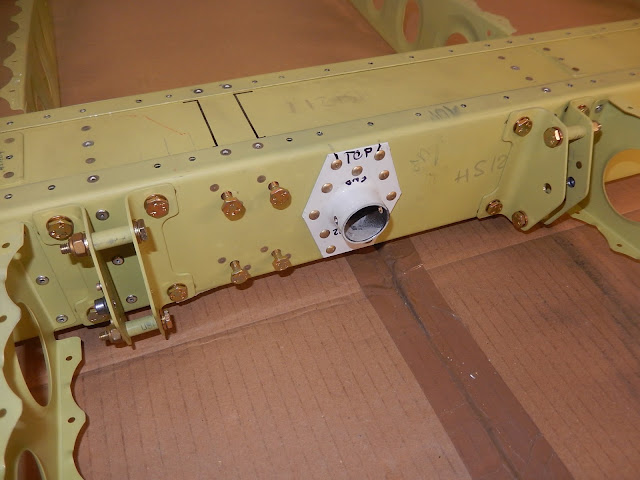 The tail plane skins have to wait until the skeleton has been inspected and this won't be for a few weeks.  In the meantime, I will build the rear fuselage cone and both items can be inspected at the same time.  I'm just starting to prepare the fuselage frames. 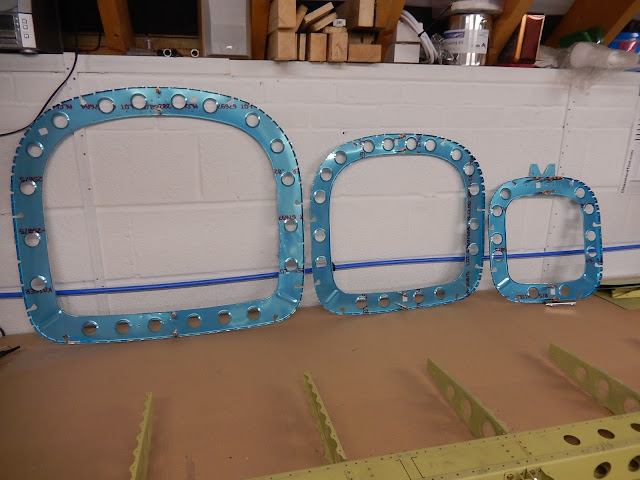 You can get an idea of scale when looking at the bench with the stabiliser skeleton and fuselage frames together. 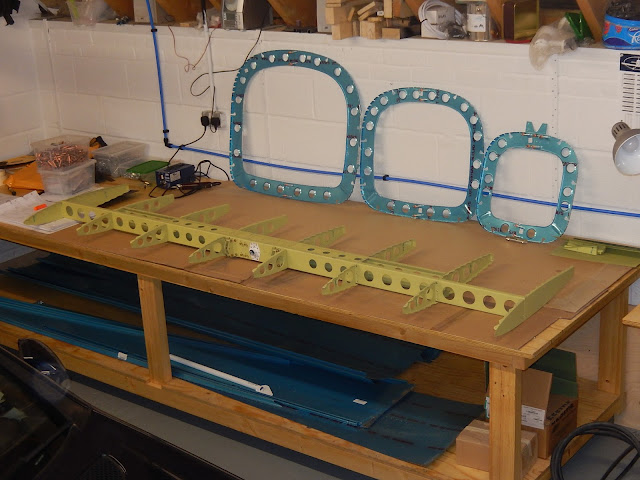 The stabiliser skeleton is 8 feet wide - this being the maximum width you can tow on US highways.  I think this towing width limit also applies in the UK, but I expect to take the completed parts to the airfield separately and assemble them on site (they will be trial-fitted at home of course to ensure it's just final assembly for flight at Fairoaks.

This week should see more progress on the rear fuselage cone and hopefully getting parts primed and ready for assembly.