So just a short update as not a lot is happening at present - too much work and other distractions!

Finishing the first wing just required the last 6 ribs to be riveted in place.  Assembling the second wing structure went really quick - less than a day and then it was ready for Jerry to come for another inspection. 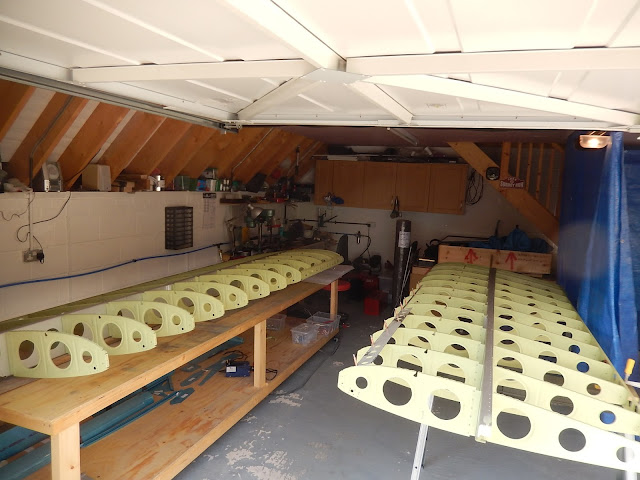 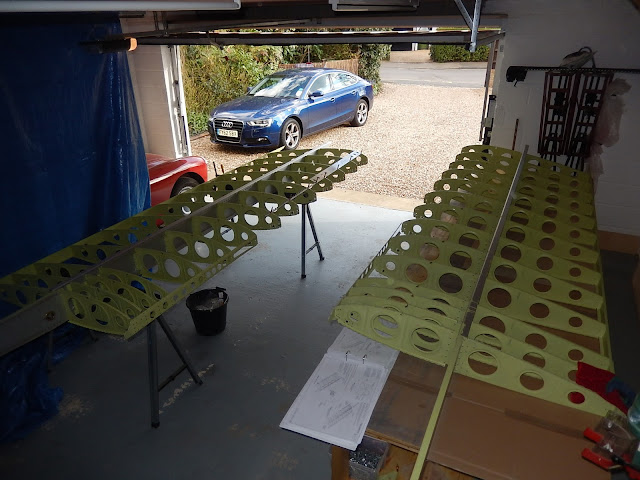 Once the two wings were finished I also brought the HS down from the loft so Jerry could see it. 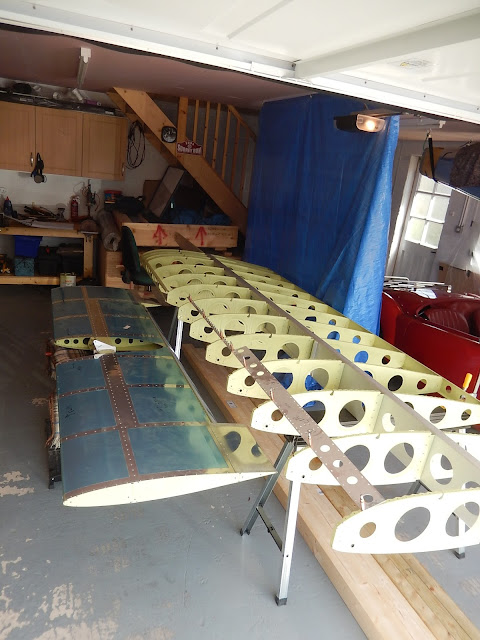 The HS looks pretty small compared to a wing!

As you may have spotted above, I've also re-arranged the back of the garage so I can store the wings along the left side.  This meant moving the work-bench to the back wall, so re-plumbing the compressor and moving the pillar drill.  Next job is to build the rolling wing stand (hence the timber on the floor) and then with one wing out of the way, I can start skinning the first one.
Posted by Harry'sRV at 12:46