Well it's only been a week since the last blog post, but I've been very active and have completed all outstanding construction tasks that can be done at home.

So to start with this week, I completed the undercarriage and wheel fairings. 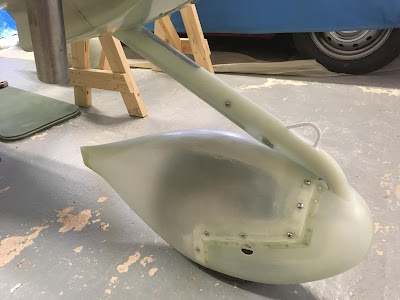 Here's the completed nose-wheel fairing.  Actually I've made one change since taking the picture in that I've countersunk the holes joining the two halves and I'll use Tinnerman washers and AN507 countersink screws for a flush finish.  I've now also done this to the main gear fairings and the tailcone halves. 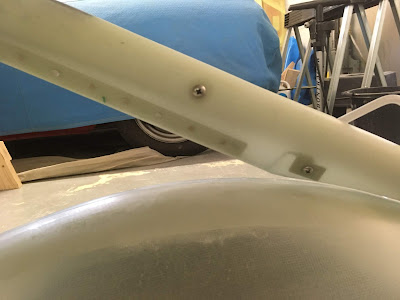 A close-up of the nose gear fairing showing the internal hinge which keeps the trailing edge closed, and the hinge-pin bracket which keeps it from coming part.  A really fiddly job the get the hinge installed and riveted in place.

Next onto the main gear leg-fairings. 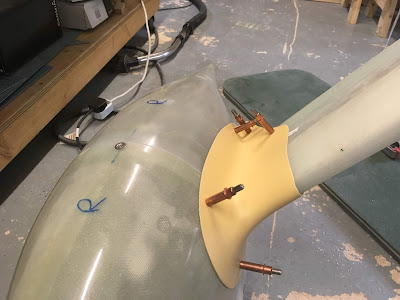 Here's the right main gear with the completed wheel fairing installed and the transition fairing cleco'd to hold the leg fairing.  The lower transition fairings fit very well but quite a lot of work was needed to get the upper ones to line up against the fuselage.  The leg and transition fairings aren't standard Vans parts for an RV12 so I'm having to submit a modification to the LAA. 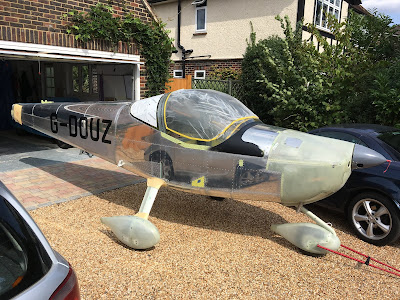 The completed fairings all installed.   The Vans forum suggest a 6 knot gain from the wheel fairings due to reduced drag, but probably nothing from the leg fairings.  Anyway, I think it makes it look better!   As you can also see, I now have the registration letters fitted in readiness for ground and flight testing. 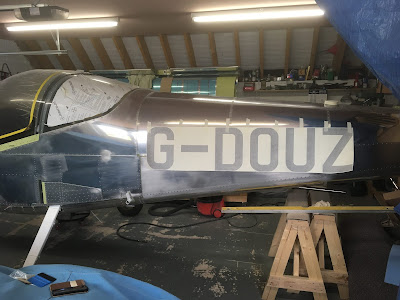 Here's the first registration decal being fitted to the left side of the fuselage.  The letters were made up by a local sign-writing company at Fairoaks who do this for us at work.  It's only temporary for testing and will be replaced when the aircraft is painted in the new year. 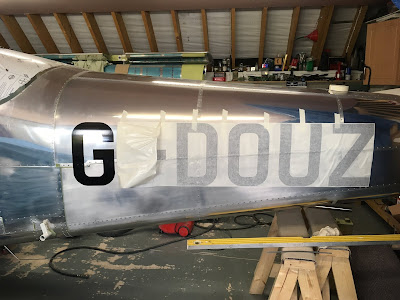 First letter exposed and smoothed-down with a felt squeegee. 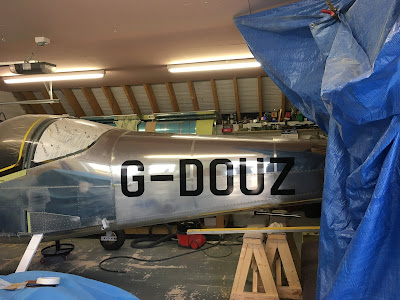 The end result.  A few minor wrinkles and bubbles don't matter.  The painter will do the final version and should do a better job than me! 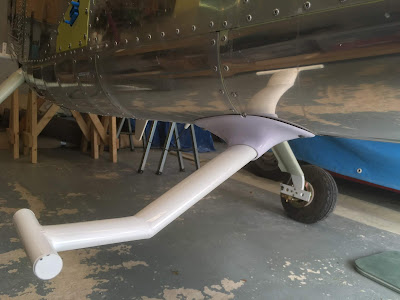 As well as the undercarriage fairings, I've added these Knots2U aftermarket fairings to the cabin entry steps.    Not just cosmetic ( probably no aerodynamic benefit), they close off the hole in the skin where the steps enter, so should reduce draughts (or drafts to US readers!). 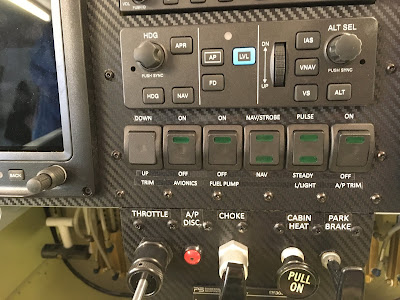 I've completed labeling all of the switches and controls.  The label company didn't quite manage what I'd asked for in accurate spacing, but it's good enough. 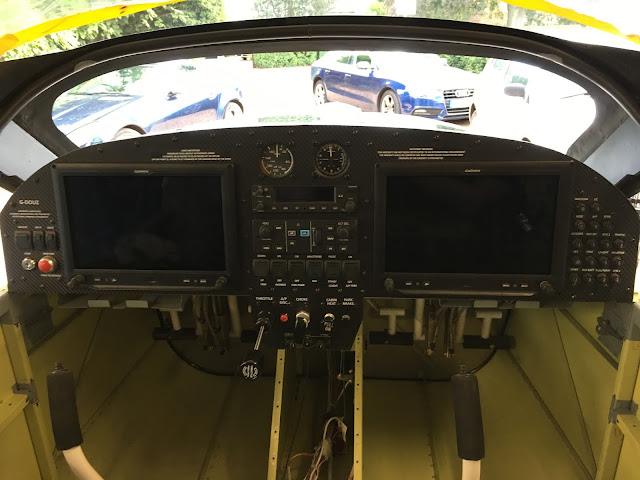 And so the finished instrument panel.  All that's missing is the standby compass, which fits to the glareshield which has to be fitted to the canopy frame.  I'll install this at the airfield once it's been padded and trimmed by a local car upholstery shop.  The centre console cover will be fitted once I've completed fuel leak checks.  All of the yellow primed areas will be covered by the interior trim and carpets.

So that concludes the building phase at home in just about three years to the day from starting and about a year later than originally planned.  Now to pack everything and arrange for transport.  I'm intending the hire a self-drive low-loader car transporter and should be able to move the aircraft and wings in two trips (the airfield is only three miles away).
All being well that'll happen in early September.  Thereafter, it's final assembly of major structures, control rigging and start of engine ground testing!