It's been a busy couple of weeks since the first ground run, completing assembly and the remaining ground tests.  The culmination of this effort was Jerry's final inspection and submitting the paperwork to the LAA in order to obtain the permit-to-test.

So a brief look at what's been going on. 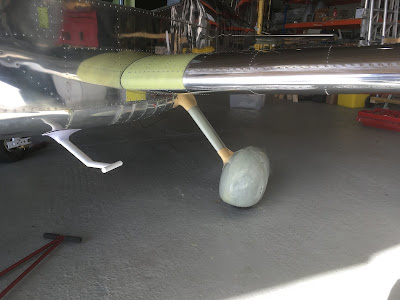 First was to install the wheel pants and leg fairings plus the tail-cone covers in preparation for weighing. 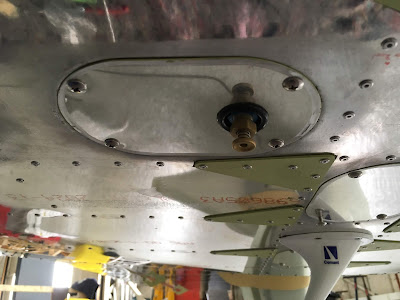 The belly access panels were fitted, which also included modifying one to allow the fuel tank drain to be accessible. 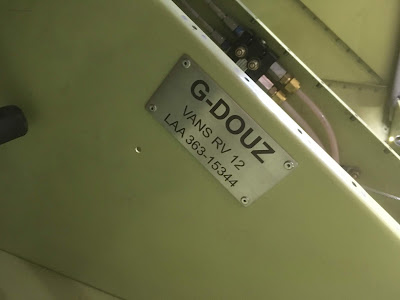 A mandatory requirement is a fireproof identification plate fitted to the fuselage. This was produced by a Boundstone, a local engraving company in Farnborough. I didn't want to fit it on the outside prior to painting, so it's on the left side of the tunnel in the pilot's foot-well.  There will be a second one without the registration fitted near the tail once painting is complete. 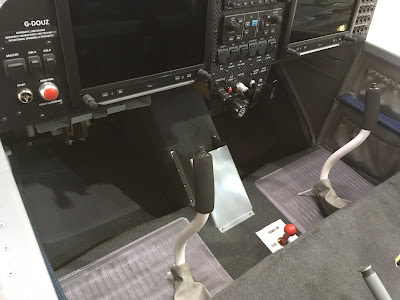 Next came the carpets and side trims, plus the map pocket on the tunnel.   Yes, the fireproof plate is hidden, but the reg's don't say it needs to be on show, just that its fitted! 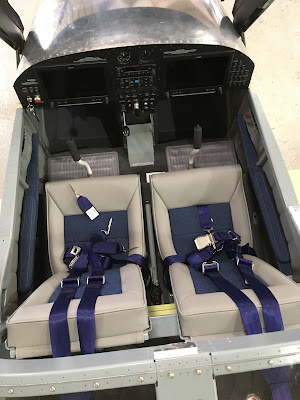 The seat belts and seats are fitted.  It's going to be a cozy place for two people! 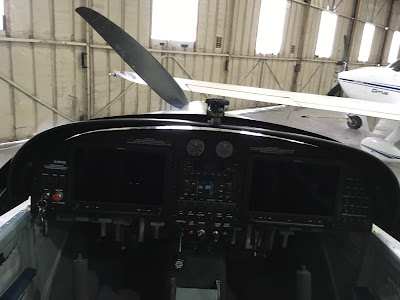 The final item to be installed was the Vans optional glareshield together with the UK-mandated standby compass.  The glareshield was bare grey fibreglass, so I painted this satin black and installed an edging trim to protect heads from sharp impacts!

After the interior was installed, it was time to go back out of the hangar for more engine ground runs, ADAHRS tests and a compass swing.  I also wanted to use up some of the remaining fuel. 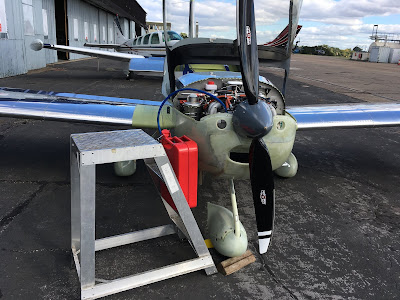 With the compass wing and ADAHRS vibration checks all passed OK, it was time to prepare for weighing.  The aircraft had to be de-fuelled to minimum usable level by pumping any remaining fuel out using the electric pump. Here's the first of two 20L cans being filled. 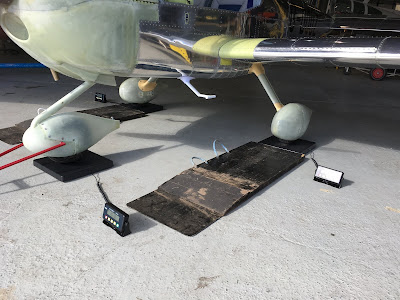 For correct weight and balance calculations, the aircraft has to be leveled to flight attitude and placed on scales.  I bought three 300kg digital scales and used some ramps from the hangar.  Not shown above was the method used needed to get the aircraft level, which could be by adding planks under the main-wheels scales.  Instead I let the nose-wheel air out!
The empty weight came out at 784.5 lbs, which is a little bit more than I expected, but I do have all of the available options installed.  I've since calculated that the aircraft can carry two 13 stone (182 lbs) people, full fuel and 50 lbs of baggage, so there's no loss of capability due to excessive weight. 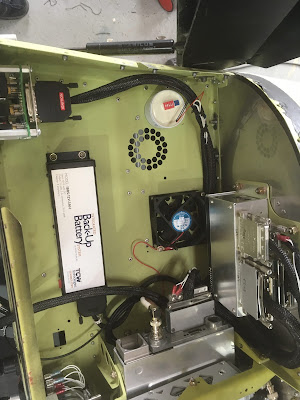 One unexpected problem arose whilst working through the Vans-supplied post-build test programme, in that I couldn't get the stall vane to produce any audio warning.  I discovered that Vans don't use stall audio from the Garmin G3X EFIS, instead producing a warning tone from a circuit board in the AV5000 junction box -  which I don't have!   Therefore I've installed a dedicated stall horn (round white unit above, behind the pilot's instrument panel) which will operate regardless of the G3X or radio working, and allows a standard pre-flight test to be performed.  The G3X will still generate audio warnings from the angle of attack system and that will be heard through the headsets, so I have a fail-redundant system. 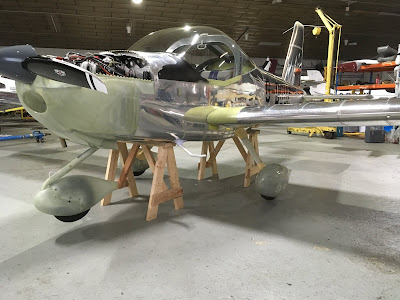 The last job to do was for Jerry to visit and perform the final Permit Release inspection.  This involved checking all control range of movements, checking placards and looking at the final assembly jobs and tests I'd been performing over the last 2 weeks.  We also put the aircraft on the maintenance trestles as shown above, to check clearances of the wheel pants and leg fairings in flight condition.

Finally, we went through the paperwork to ensure everything needed for the application for a permit-to-test was supplied to the LAA and correctly sign-off.  Now it's just a matter of being patient whilst the LAA process the document pack and we get the permission to go flying! 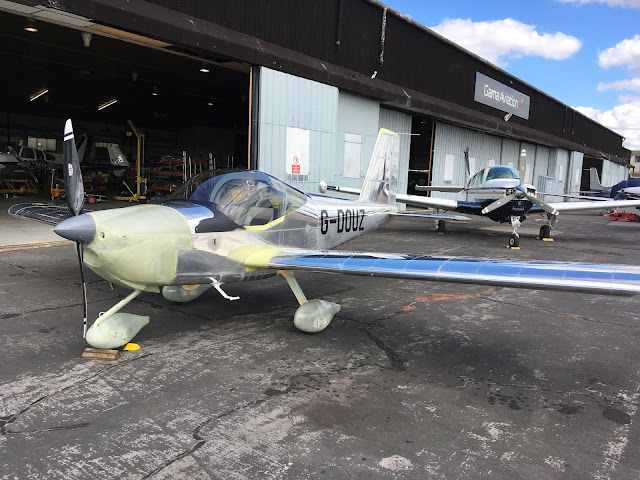 The finished aircraft ready to aviate!